The first and largest of its kind in the Sultanate with a production capacity of 500 MW!

Sultanate of Oman, Muscat: An alliance led by ACWA Power, Gulf Investment Corporation (GIC) and Alternative Energy Projects Company (AEPC) one of the companies of the Kuwait Projects Company (Holding)- KIPCO, has concluded contracts and agreements with the Oman Power and Water Procurement Company to develop, build and operate the Ibri Project 2 Solar photovoltaic energy with a production capacity of 500 megawatts in the Ibri region. It is about 300 km west of the Omani capital, Muscat and is to be the first and largest project of its kind within the program to privatize the electricity generation and water desalination sector in the Sultanate of Oman.

The alliance led by ACWA Power, GIC and AEPC which were chosen through a tender put forward by the Oman Power and Water Procurement Company, which attracted twelve international and regional companies specialized in the energy sector. The winning alliance provided the best value for the electricity tariff produced by the solar plant.

The production capacity of the project reaches 500 megawatts and it depends on the use of clean and environmentally friendly solar energy, advanced technology, and distinctive design with the highest levels of efficiency and quality compared to similar stations in the world. The project will provide enough energy to meet the needs of 33 thousand housing units and will work to reduce approximately 340,000 tons of carbon dioxide emissions annually. The winning alliance will own and operate the project and supply the energy to the Oman Power and Water Procurement Company according to an energy purchase agreement.

Dr. Qasem also stated that the project shows how far the Omani government has gone in order to achieve its ambitions to use alternative energies and encourage investment in this field in the Sultanate. 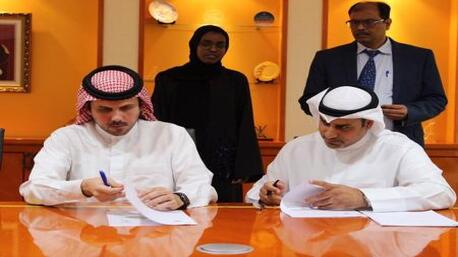